Adapted from an article by Brian Powers and Erik Zidowecki

A common misconception is that people only learn languages to convert one language to another.

This is because normally, the only time someone sees a need for a multilingual person is when something needs to be translated or interpreted into their own language. They may not even understand the distinction between these terms, which is not entirely their fault. Even the media frequently seems to confuse “translator” with “interpreter” when dealing with a person that does not speak their language.

An interpreter is used when people are speaking in real-time, while a translator is used when someone needs text to be read or converted to another language. The skill sets required for each are very different and should not be confused with one another; a person that acts as one may not be suited for the other and vice versa.

Believe it or not, it matters a lot, especially to the translation and interpreting communities who – surprise, surprise – take this stuff very seriously. 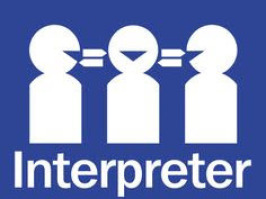 An interpreter needs to have a huge knowledge of vocabulary in their language of choice and the ability to make an immediate “conversion” in their head.

An interpreter needs to have the ability to construct sentences that make sense to their clients immediately. They must also have a working knowledge of recent changes to the language, like idioms and slang, so as not to misunderstand what the persons they’re interpreting for might actually be implying.

As an example: if the phrase “this course is a piece of cake” was to be interpreted literally into many languages other than English, it would make no sense. What does learning have to do with dessert? 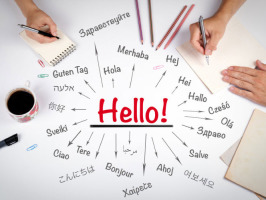 A translator should also have a great vocabulary for translating written text, but he or she also has the opportunity to rely upon other sources and, while still often on a tight schedule, is able to take more time to acquire the optimal terminology for a specific website, advertisement, article or any number of other publications.

The translator has the time to think about how to structure sentences properly as well as the ability to make corrections later before a final submission to their client.

Idioms are more common in spoken language, whereas written language is usually quite a bit more formal and thus less likely to employ such informal phrases or slang.

For answers to your questions, please call:

Or send us an email.